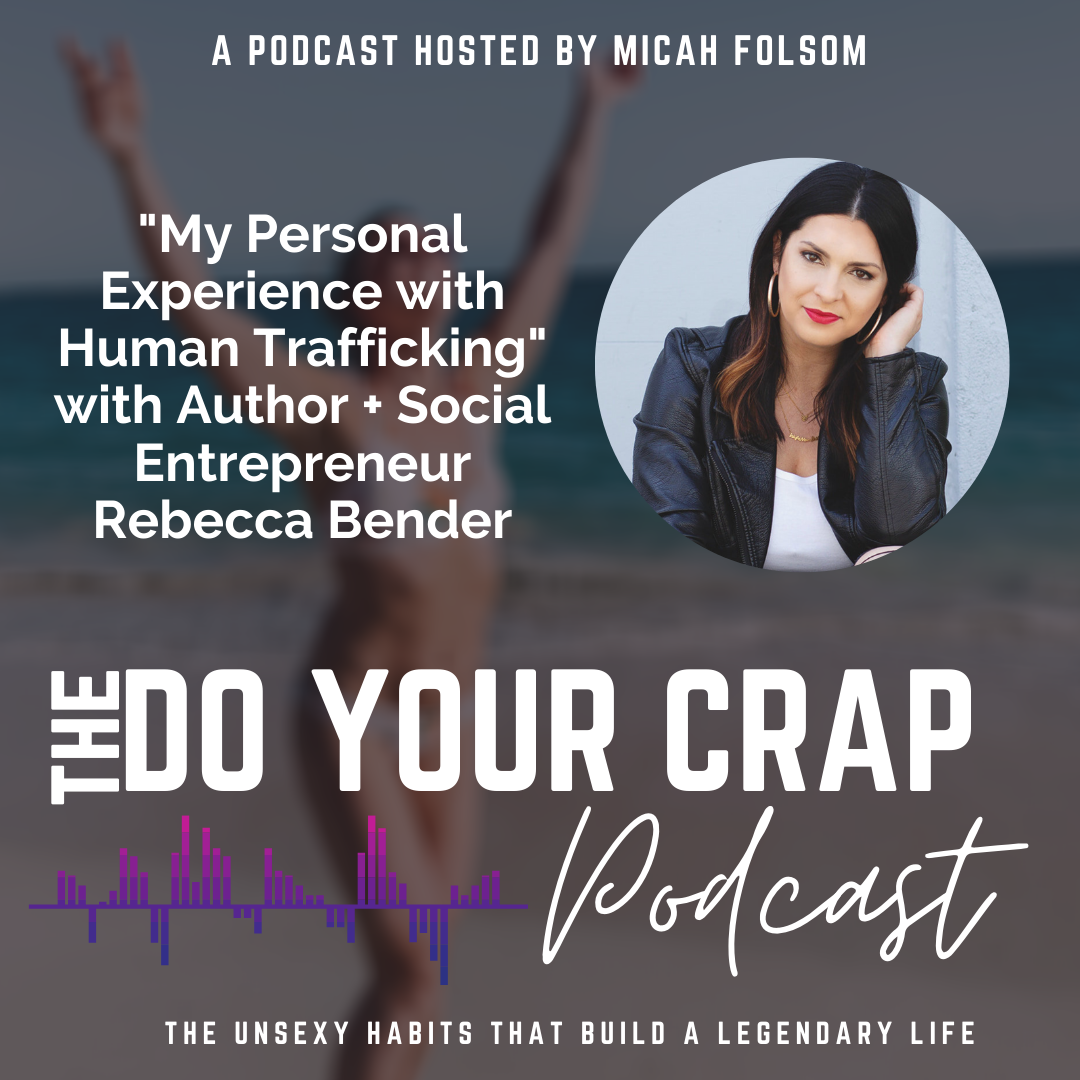 In this episode, I talk to Rebecca Bender about her tragic story with human trafficking, her personal stories about survival, and how being concerned isn’t enough. Human trafficking is a big issue to be aware of and Rebecca shares with us how to do our homework to get more involved.

Listen to my recent podcast with my dad, Chief of Operations at Operation Underground.

Rebecca Bender is a surviver leader, a term identified nationally as a person who has a lived experience in human trafficking and has gone back into the fight with her experiences to fight against human trafficking. Rebecca also runs a nonprofit called Elevate Academy – the largest online school for survivors in the world. She helps survivors figure out their “now what”, after Rebecca escaped six years of being a victim of trafficking herself.

You can access Rebecca’s memoir, “In Pursuit of Love”, anywhere books are sold.

In Pursuit of Love on Amazon

Rebecca grew up in a little farm town in Oregon – growing up as an all-american blue collared family. She had a normal life until she was nine when her parents divorced.

Things were really hard. Her dad started drinking a lot and it was a very ugly and volatile home. From about 9-12 years old was a very hard time for her. As time moved on, her parents moved on and fast forward a few years, she became pregnant at the age of 17 and while attending Community College, feeling like the “girl with the baby”, her feelings of aloneness creeped back up.

It was at that time that she met a guy and fell in love. He was funny, ambitious, and had it all together. It wasn’t a red flag moment! He told her his job was relocating to Las Vegas and she jumped on the opportunity to go.

He was none of the things he had told her. He was a con artist and morphed into the idea of what she needed. This actual technical term is called “romeo trafficking”.

He drove her to a dead end street and there was a deserted strip mall. He said “I spent a lot of money to get you here and we need to get it back.” Rebecca felt embarrassed, so she said she’d go to work and dance. He responded by saying “actually that one door… that’s an escort service and I need you to go in there and sign up.” She said that was prostitution, and he slapped her across the face.

How can you protect your kids? First thing to do is love them. Another way to keep your kids safe is to consider internet safety (look at messages and your child’s phone)!

Don’t be naive! Trafficking is not a giant jump. It’s a gradual expansion of boundaries.

Rebecca was traded to three different families during her 6 years in the system. They brainwashed her into saying “No one will judge you here – I bet your mom wouldn’t do that”.

6 years, three homes, three families, two tattoos of her traffickers on her back, broke her face in six different places, and multiple prosititution-related arrests. She was 95 pounds due to stress and became really strung out on drugs.

At one point, her family took her child away from her because they thought she was drugged out. She was forced into prostitiution so she used drugs to mask her emotions.

A whole lot of awareness happened when the news of Wayfair came about! Rebecca explains that the info about Wayfair doesn’t fit a distribution channel. Everyone (including detectives) agree that there is no substantial evidence to the claims.

Child trafficking is bigger than anyone else imagined.

What is Operation Underground Railroad?

Are You Letting Your Past Self Identity Define Your Future?

How to Cleanse & Prepare for the Ultimate Reset 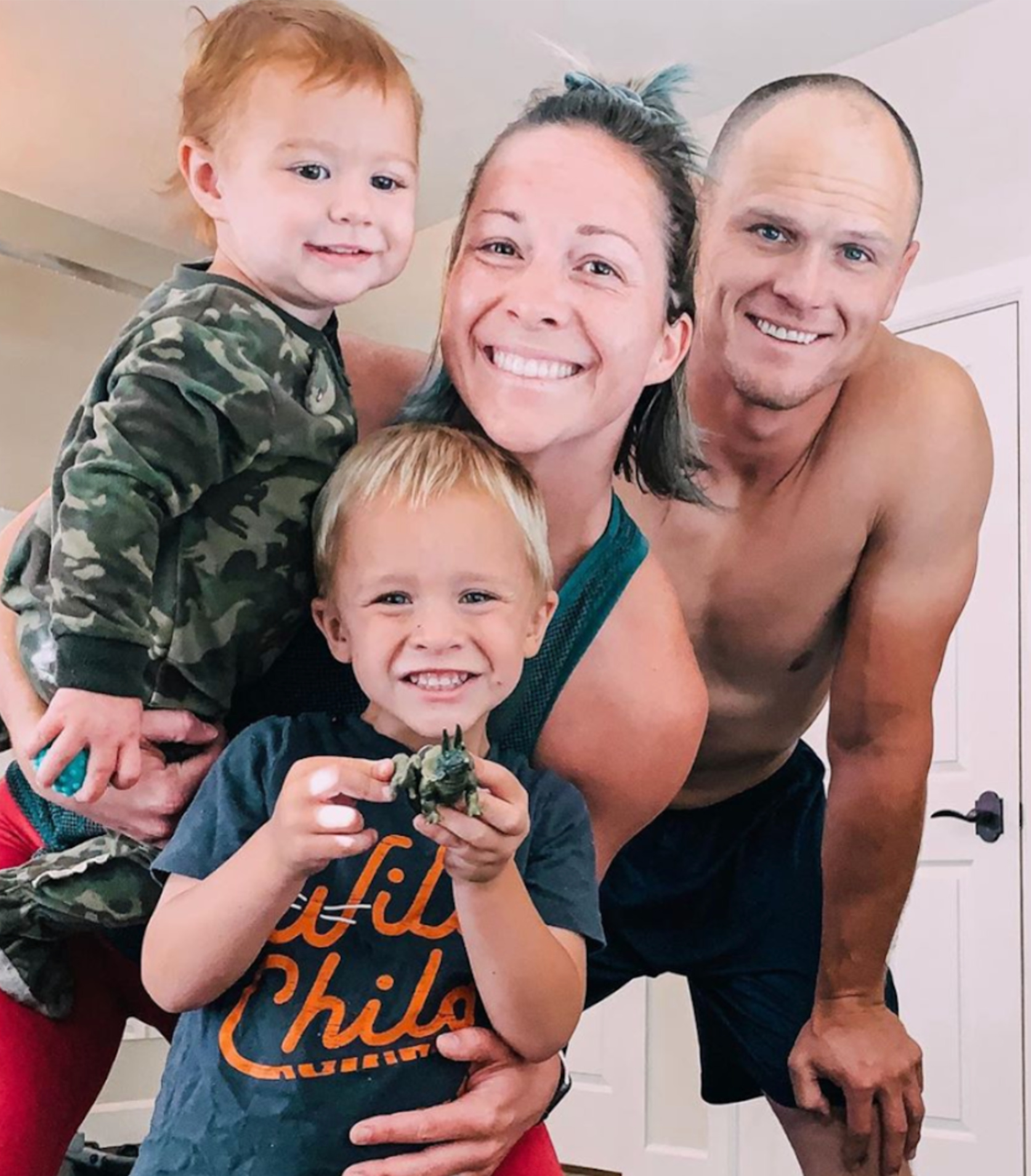 I’m an LDS mom of 4 who decided 7ish years ago that I was not going to settle! So I took an opportunity to start my own business and create the life I REALLY wanted. Now, I help women like you do the same!!

We use cookies to ensure that we give you the best experience on our website. If you continue to use this site we will assume that you are happy with it.Got it!